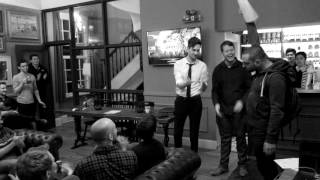 Following on from the humble events TimConLan 1 and TimConLan 2 which featured a grand total of 5 players each, TimCon 3: A LAN, hosted by Horizon E-Sports Café in Liverpool, drew to a close last weekend. 20+ people attended from around the UK and Europe (Big shoutouts to aesick and Mek for driving 1790 miles to be there). 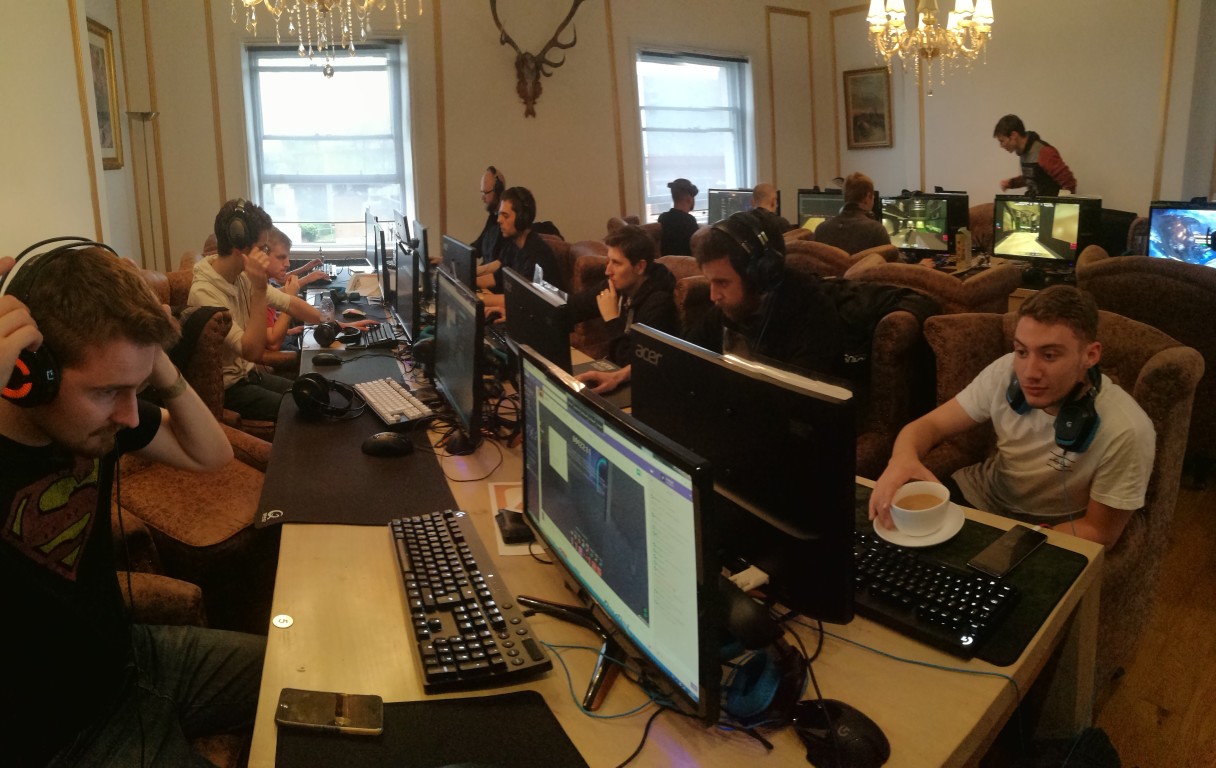 Warsow, a game not too familiar with a lot of the attendees, but a favorite for a few. Lots of QL players joined in to play too and unsurprisingly, STINKLIKESOCK, an old Warsow player, took home the gold after handily beating xijjik in the grand final.

Reflex day, a game much more familiar to a lot of people there. tfC was the favorite in this one. A young player who started his Arena FPS career with Reflex and who had barely touched Warsow or QL. Again the QL players got themselves set up in Reflex, took their time learning the movement, the maps and the jumps while the Reflex familiars got to playing right away.

Amazingly NerVzzz, a QL player, managed to pick up the game on the day and get himself to the semis. The grand final was between STINKLIKESOCK once more and tfC, the favorite to win. tfC did indeed win with a convincing 3-1 but STINK didn't make it easy for him. 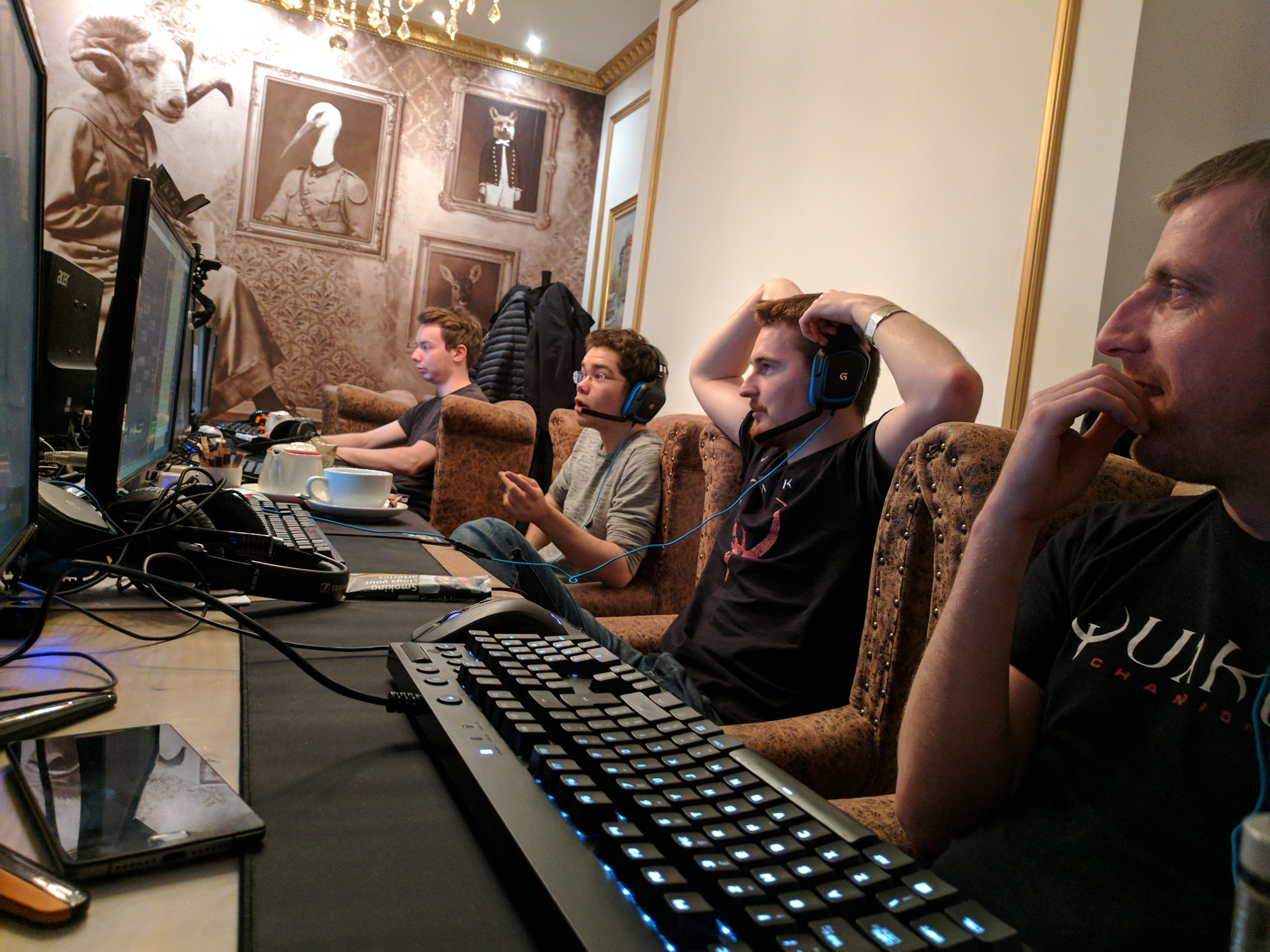 Quake Live. The game the majority of the players had the most familiarity with. The TimConLan 1 and 2 players were put to shame, all going out in the group stages. To nobodys shock, both STINK and NerVzzz went right through the groups without dropping a game and indeed didn't drop one until they met each other in the finals.

At this point it was tense. We all gathered in the downstairs lounge area to watch it on the big screen and left the players on the top floor to play their game in peace. STINK was wandering around pre-game, agitated to begin. NerVzzz was employing his pre-game warm up techniques which baffled the rest of us as well as Horizon's staff.

Once NerVzzz had finished hanging from a door frame by his fingertips in what I can only assume was a trance, he went upstairs... to do his last 10 minutes of prep. Finally it was time, and it seemed NerVzzz game delaying mind games had not gotten to STINKLIKESOCK. 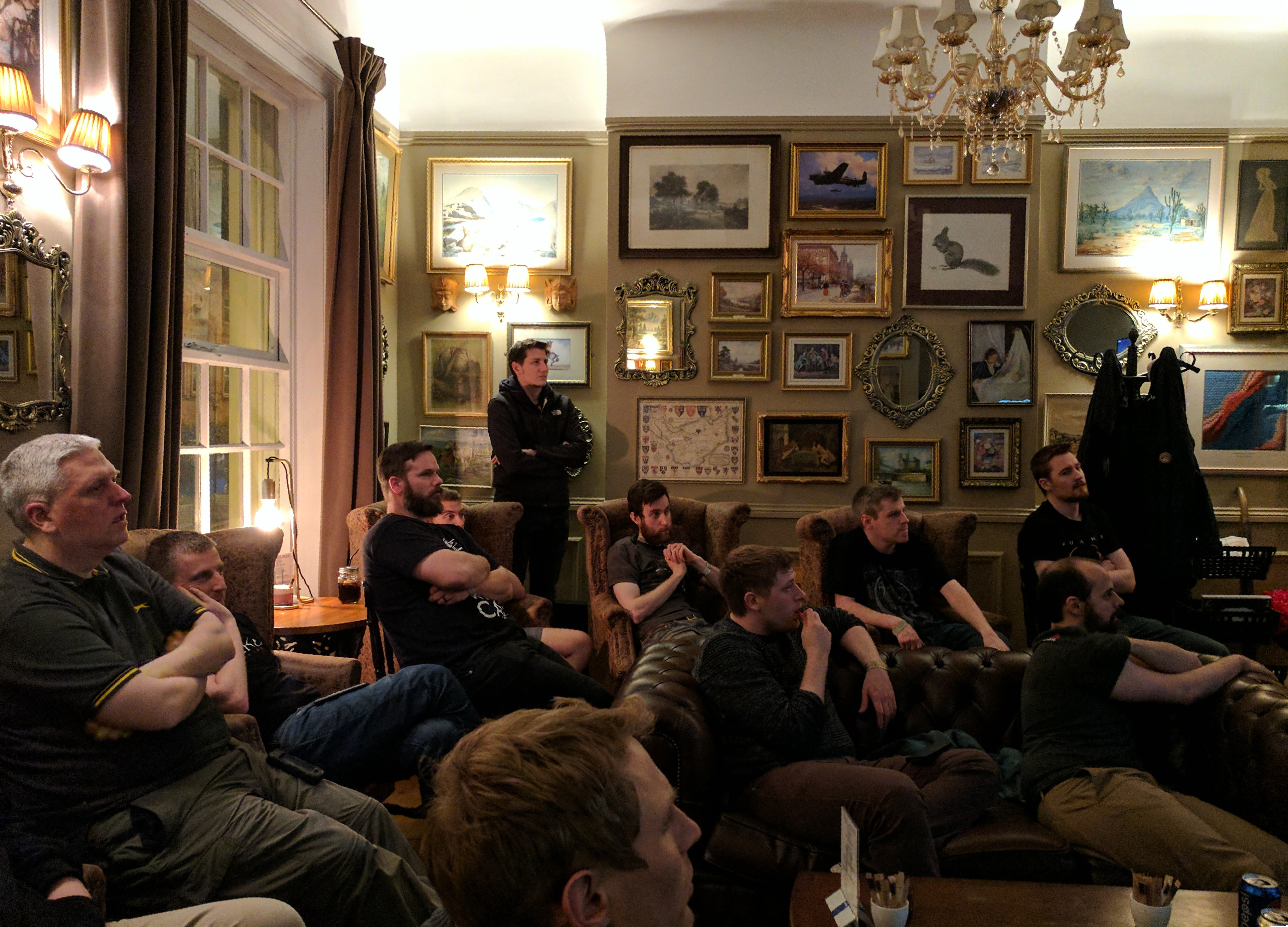 Ironically, NerVzzz seemed... nervous. He didn't show the same calm control and influence over his opponents as he did in the previous games. Stink was unfazed by anything and no matter how many times he slammed his desk in frustration, it never seemed to affect his play.

STINK won the finals 3-0. The players shook hands and were awarded their Golden and Silver WMO trophies respectively (that NerVzzz had made himself for the event).

The final evening was closed out with some 15 man FFA games. The Horizon staff played a 1v1 show match on Aerowalk, the loser having to buy a goody-bag of food for the QL champion (shoutout to Jamie for his perfectly executed rocket jumps to RA. Commiserations to Steve who now hates Quake and everything it stands for after his crushing defeat). 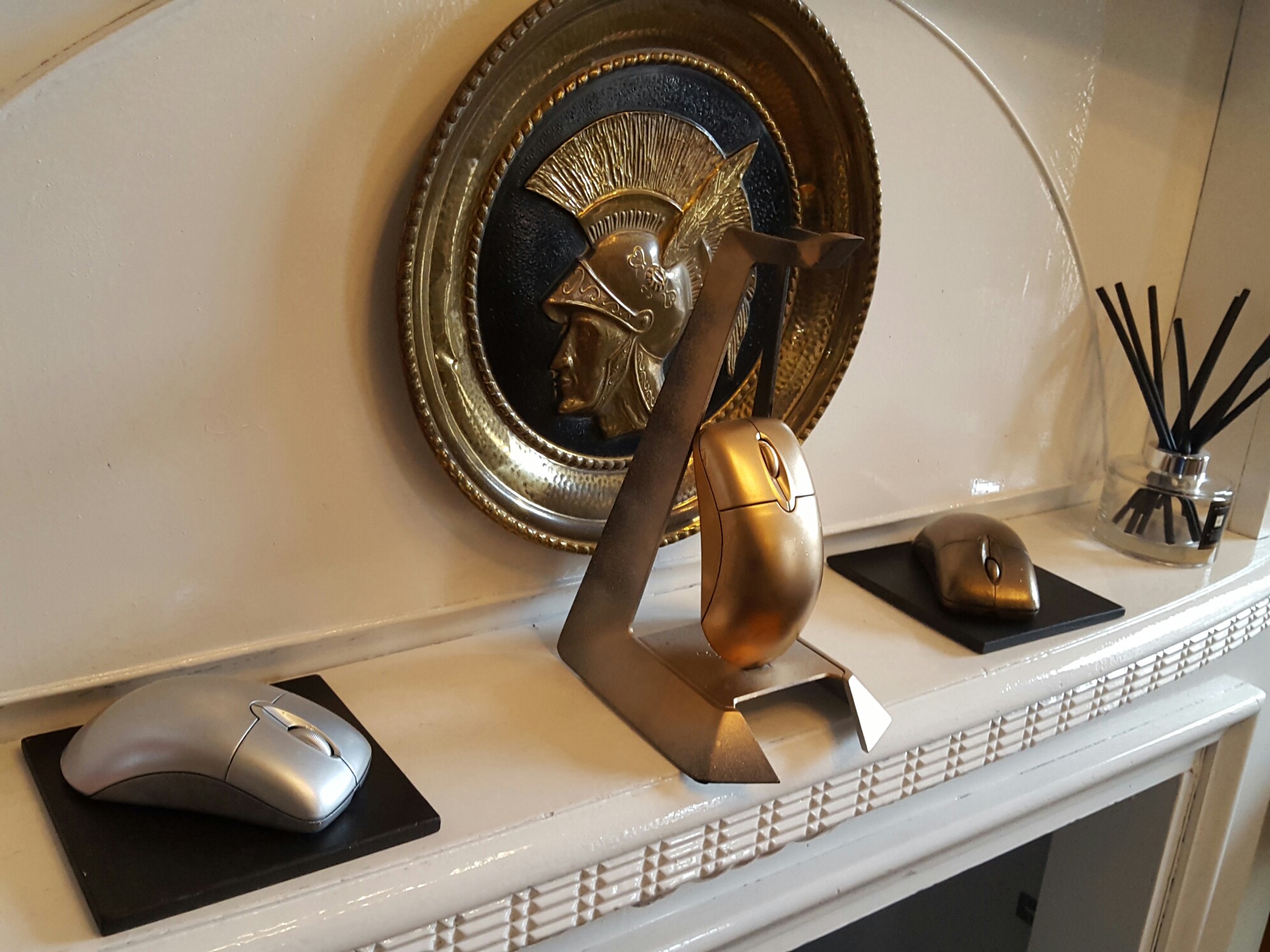 To Jamie, Steve and the rest of Horizon staff for putting up with our Quake player needs, bringing us food and drink, and most importantly, buying a billion cushions for us from Ikea so we could sit at exactly our desired heights at the desks

And to STINKLIKESOCK for somehow being in every grand final, and winning 2 of them, despite appearing to be the most tilted player of us all. 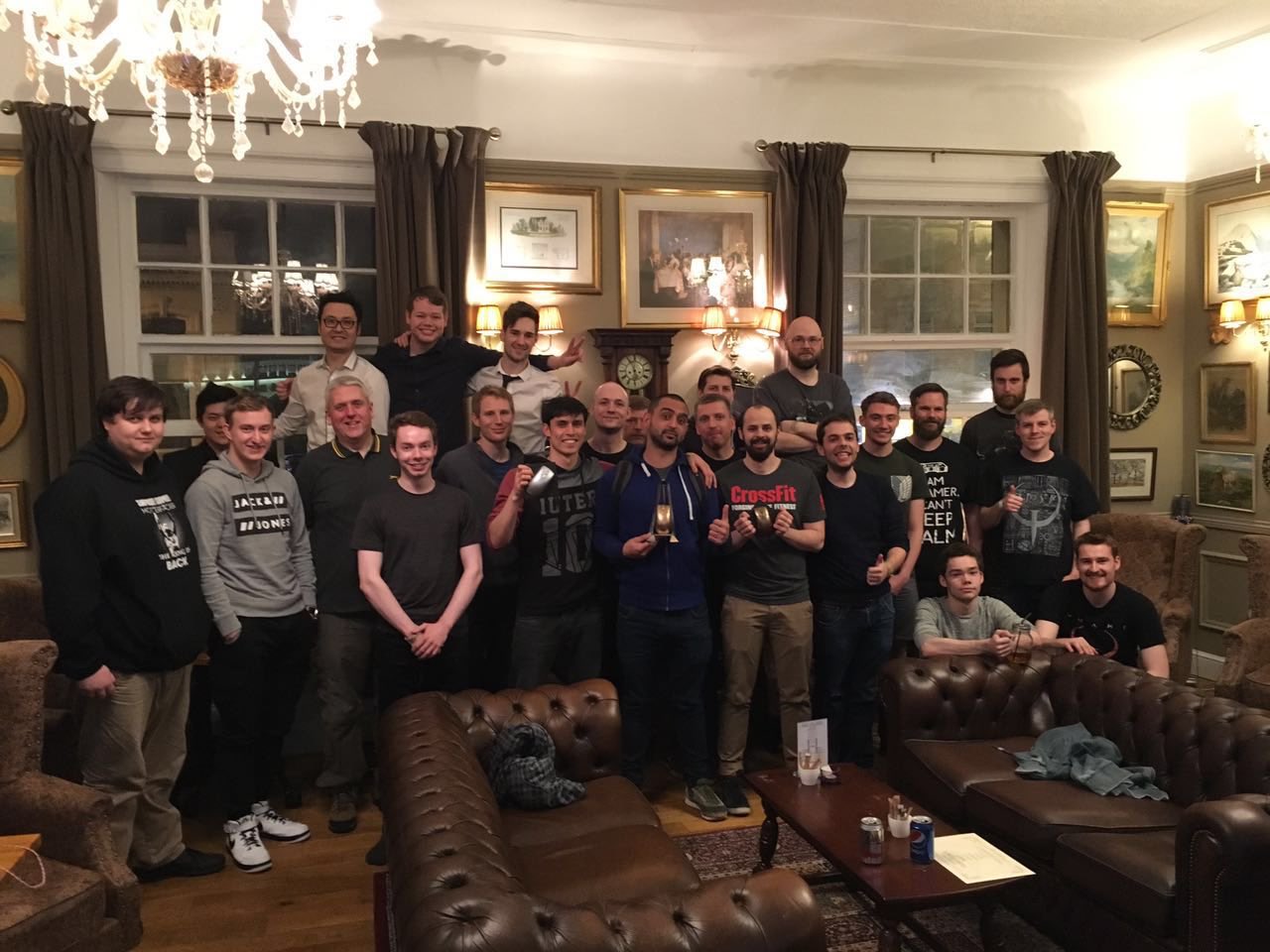 Thanks to Tim for writing these kind and special words. You look great. - CrazyAl