Once again brought to you by

Tastyspleen.TV, it is time for another installment of the Doombringer EU cup. Third time's a charm, will Stinklikesock still stand as the victor? The tourney will take place on Saturday July 14, 2018 at 12:00 UTC. You can register via

Challonge, and check-in opens one hour before! 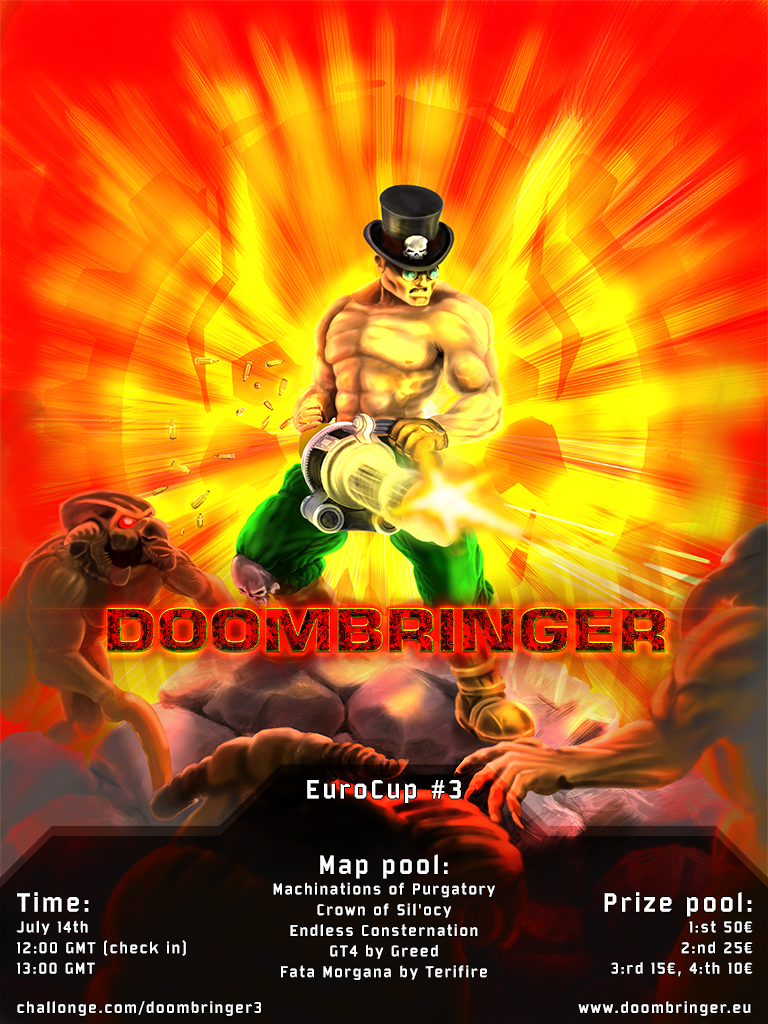 Doombringer is a game project aimed to create a single player game experience with inspirations taken from (though not exclusively) predominantly two sources of previous games. Quake Live and Doom 2. The game aims to be an amalgamation of the best things from both games, thus creating a chaotic and crazy, but most importantly of all, FUN action/strategy FPS game.
Get v0.1999 Timcon Alpha