Interview with the team Turtle Recall

Vea spoke to Psygib and Festiveturtle at DreamHack Tours to learn about their story and the future plans.

Let's start from the beginning! You are pretty good players as we had opportunity to observe - but nobody really know you that well, especially on European scene - so could you tell us how you adventure with Quake started?

Psygib: My parents used to play Quake. Together actually. I was about 3 or 4 years old when I just started playing, almost everyday, trying to play as much as I can because I really love the game. It took off from there and it has been almost 18 years now.

Festivelturtle: It is kinda the same thing for me. My dad played Quake so I started playing Quake 3 with him when I was about 5 years old. I just kept playing it forever and eventually somebody that I knew in Quake 3 said I should try Quake Live because they thought I will do good in it. This is when I actually started to get better, not just playing for fun.

So actually your story with Quake started separately - how did you guys meet?

Festiveturle: In 2016 at QuakeCon. They decided to make some kind of open tournament, there were many good players but actually anybody could get in. So I decided to try and he wanted to try too so we ended up practicing together. And we ended up being best friends after that.

Just to get rid of any rumors - and because everybody is interested - are you guys couple?

Okay! This is amazing, quake scene will love that story! Let's move forward a little - did you have opportunity to play together in any tournament before?

Psygib: She never liked team modes. Then Quake Champions came out with Sacrifice and TDM - she didn't wanna play it. When 2v2 was announced she just jumped right on - "alright let's play this! I wanna play this!" I was like "Alright I will play with you!". We started practicing and when they announced 2v2 tournament we knew we are going to come to France, we really wanted to go.

Did anyone of you two have taken part in tournament alone?

Psygib: I did compete in Sacrifice with a few players. I went to QuakeCon and DreamHack Winter but this is our first tournament together.

Let's get back to present times - you are from US - how did you get here? Did u get sponsored?

Psygib: I started a goal funding - we got donations from a lot of supporters and people that helped us. I also had to take out some money out of pocket because we really wanted to be here. I knew we will do well and this is amazing experience.

So you are both streamers?

Psygib: Yes we both stream.

Festiveturtle: I do not stream this much lately.

So what are your plans for the future guys? Do you want to be professional Quake Champions players?

Psygib: Yes, we want to be professional Quake Champions players. We want to go to QuakeCon and compete there in 2v2.

One last question. How old are you guys and what are you doing - let's say - in real life? :)

Psygib: I'm working on getting Networking Certificate and probably I will do that for a living. I'm only 23.

Festiveturtle: Not much (laughs). Not much really. Right now pretty much this, focusing on game. I'm 20. 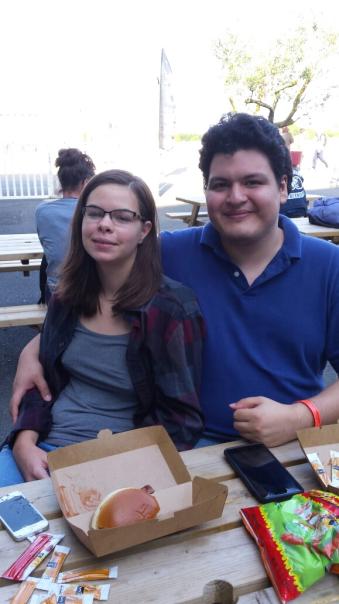