Does anyone here pick characters in QC based purely on liking the character? I am guessing most players would play the meta, which in theory would be the wiser choice.

After seeing changes to Clutch over time, and ID saying Clutch is not OP based on "their data", I am guessing we will see more such occurrences with regards to balancing in the future.

I think it is agreeable to not give in to early responses and giving the player base some time after a patch to see how they use/develop counters. Though at the same time going purely by data is not wise because there's a good chance it's not giving the full picture, and especially if the data does not make the distinction between trends/results amongst different skill classes.

I was wondering how viable not playing the meta would be, especially at the higher skill levels. I know it doesn't have to be either one of the two, and that players could mix preferences with meta choices.

This video kind of explains: 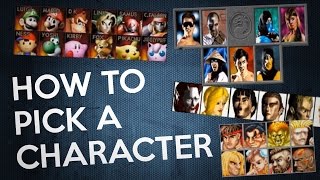 As we get closer to release, it will be interesting to see which style QC leans towards:

1) There are no hard counters, and character selection works somewhat as described in the video. Certain play elements/strategies may saturate and become 'rule of thumb' for a while, until a player does something new and finds success. This may happen less often but come across as more striking when it happens.

2) Everything revolves around the meta that changes based on patches, done intentionally or unintentionally, bringing some 'artificial' meta with short-lived strategies. This often remains under the guise of keeping the game fresh but can ultimately affect player success by a sort of trend of 'which characters do the devs like this season'.

I think QC will lean towards (1) just by the nature of the game. Although ID is capable of some absurdities, if Ubisoft got things right with Rainbow 6 Siege then maybe ID can too. Then again, R6 Siege started off with a good foundation in this regard, and isn't affected as much by fundamentals like health/armor levels.

Would be interesting to hear others' thoughts.
Be the first to comment!
Calendar
Premier Major Minor
OngoingUpcomingRecent
QPL3 Regular Season