Clawz: "If you aren't pressed by hunger, you can take a risk"

Translation of cybersport.ru's interview with Nikita "clawz" Marchinsky, conducted on 06.04.2018.


Winner of QuakeCon 2017 Nikita "clawz" Marchinsky told us about his hobbies and thoughts about the future of Quake Champions, as well as some things new players should focus on.

How long ago did you start playing?

clawz: When I was four years old, I got curious about what my uncle was playing. When I was five-six years old I played Quake 3 with bots. Had almost nothing in my life, aside from that. In 2009-2010 Quake Live came out, I was older so I wanted to try it. My uncle registered my account, set up the game and I was on my own from there.

Why "clawz"? What does it mean?

clawz: I just liked the word. Decided to add the letter "Z" because it looked pretty. The translation "claw" fits my playstyle. I learned later that I lash out as well.

What were your results in Quake Live?

clawz: When I reached high level, there were no more big tournaments, only Sunday cups. I started winning top players, but I had to sit through the whole Sunday and the victory wasn't guaranteed: there was always evil awaiting in the end. I only played Clan Arena until Quake Champions came out, could hang out for two or six hours - just turn on the music and it's on...

What people from the quake community do you keep in touch with? What do you talk about?

clawz: A lot of people. cYpheR. agent, Xron. Mostly with my teammates and just some regular guys from Russian Quake community, we talk about life, the game and everything else. Hi all. 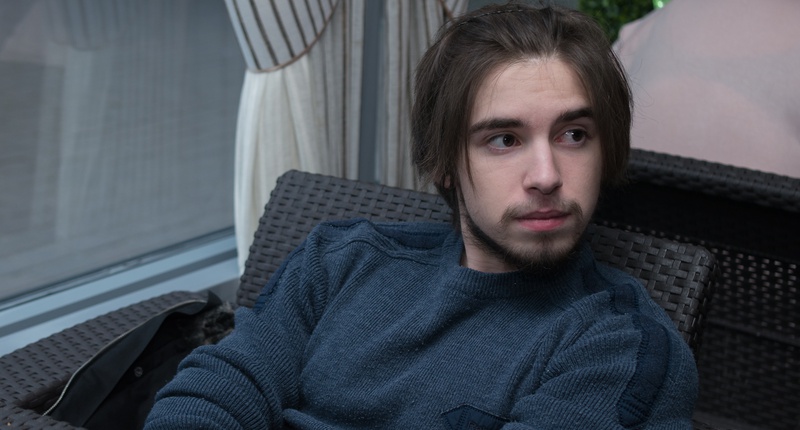 Who realized that you can win at QuakeCon?

clawz: My teammates did, I wasn't playing duels at all, was staying out of everyone's sight, but played with my teammates and destroyed them, a lot of energy went for team games. Every evening, towards the end you play the team toxjq and noctis and it's the most exhausting thing in this game. I was known as a tight aimer, a lot of people told me "bro, you will win QuakeCon".

How do you win?

clawz: With my aim. Also, I think it's about speed and stupidly aggressive style. People weren't prepared for that style of mine. It's harder for me to play against those who hit their shots and like to play the same way.

On the aspect of champions - how hard was it for you to learn?

clawz: Just simply take the shaft and kill. It depends on how many rails you hit before that, it's almost the same. You gotta hit one rail on someone, two on someone else and so on.

clawz: Like Overwatch or CS with a big league, with one LAN per month and lots of viewers. As a team player, I'm more interested in watching team modes. Duels is "meh" in Quake, it needs a cool team mode with a clear objective. Right now you just see a lot of people who shoot cool and move cool.

What organizations have approached you?

clawz: Before QuakeCon - Nemiga, but it didn't work out. After - Luminosity and Liquid, but they vanished as well. There was also HR. I wanted our whole team to be signed up, but they offered me a very small salary and we thought we're too cool and wanted more. I didn't want to sign up without my team. Of course I can write to some orgs and talk to them, but I think I'll be on my own. I will think about sponsorship only if trips won't be paid. Because otherwise, if the trips are paid, why do you need a sponsor?

What do you think about cYpheR and Cooller?

clawz: Cooller is a very cool and very smart player. I don't know what he's lacking. It was a lot easier to play him than others, but I felt like he can rise up at any moment. I didn't play with cYpheR for eight months. His aim is very cool, he's very smart. cYpheR can lose to himself, but I think he's the strongest right now. 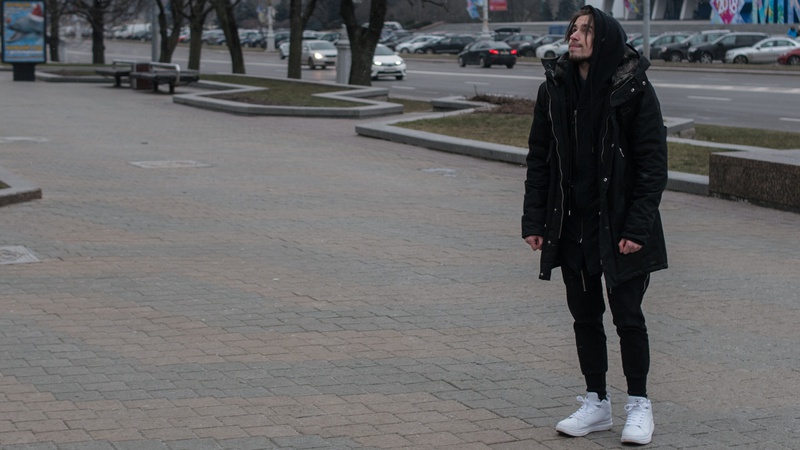 Is psychological preparation important to cyberathletes?

clawz: It is very important. I just relax. When you're relaxed, it's easier to hit your shots, your hands aren't shaking. You have to know how to calm yourself down. Before QuakeCon our team was hanging out and went to some gaming center. While everyone was looking for a place to play, we ate some ice cream, threw some balls. Xron was saying "Yeah, we'll win them all". We had a very chill atmosphere.

Were there moments when you couldn't get yourself together, got nervous?

clawz: Very long time ago, when I won evil for the first time, my hands were shaking, I couldn't do anything. Same as on DreamHack vs rapha. In moments like these, I try to slow down the game, think about something good, relax.

Describe your former teammates as people and as players.

clawz: Xron, passive and a very smart player. He understands what his opponent is doing and what he should be doing, where to shoot, where to be. He is always confident, sometimes overconfident. Silencep - very cool, he's a psychologist, more or less passive, has a very cool read. He didn't play duels in Quake Live, but he could win anyone. And his combo skills are insane. Latrommi, he's complicated. During first few months, when something wasn't working out, he was exploding. But it's fun with him, he's a very cool organizer, always explains everything to everyone. And he plays very cool. His game depends on his moves, he has a stupidly dynamic style.

How do you solve problems in the team when someone gets nervous?

clawz: Silencep becomes angry and asks everyone to shut up with angry voice. Especially when we're swearing in Russian. He says "you guys piss me off!" - and everyone becomes quiet.

How did your life change after QuakeCon?

clawz: I don't go to university, chill, go to gym - just resting. Before QuakeCon I went home at 6-7 PM after university, sat down to play at 9 PM and played until 1 AM, and it was like this every day. Almost didn't leave the house. I just want to live with a clean head now. You wake up - and you know that you don't have to play vs toxjq today. I got very relaxed, but I think it's about to end - QuakeCon is soon. Silencep will say "come play" and I won't be able to refuse - he's my best friend.

How did your parents react? Do they understand what's going on, do they support you?

clawz: Calm and easy. They said that this is exactly how everything should have happened. They don't interfere with my game and stay out of the room.

How do you like it in Minsk? Do you want to stay?

clawz: Minsk is a very cool city. There is a saying "grass is always greener on the other side", it's very true. There's a lot of cool places, but I always want to come back to Minsk. It's very good here. 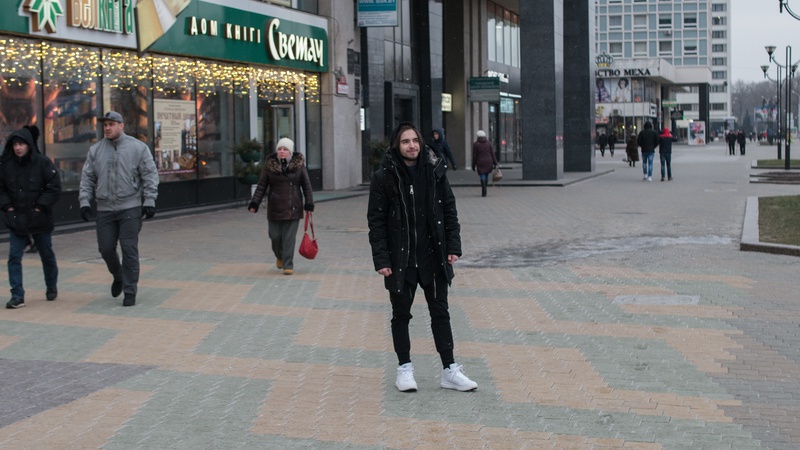 Tell us about your hobby.

clawz: I go to gym twice a week. Sometimes I oversleep, but I try to attend regularly. I love listening to music very much. When I will have a lot of free time, I will get into music. That's a trait of my character - I need to focus on one thing, I get immersed into it entirely. I like reading, last thing I've read was philosophy, but I didn't last very long, got very sleepy. I liked Belorussian poetry. Did some pull-ups in summer.

You didn't practice duels for any duel championships. Will you practice?

What do you plan on doing with the prize money?

clawz: At first I thought I was gonna buy a house, but now this idea is in the back drawer. I thought to myself - it's too little, I gotta win more!

Do you train systematically?

clawz: Before I played for fun, constantly analyzing my game. I thought through a million of situations. Thought it through, repeated and kept in mind. Figuring out how to do something in a new way. I think about the game even when I don't play. You need to be well rested and feel good. I try to keep a calm attitude towards the game. You must always be prepared for everything in the game.

Your advice to new players - should they start playing?

clawz: If you have the time and things are more or less stable in life, if you aren't pressed by hunger, you can take a risk. You can't be sure that something will happen, the competition is big. You only have a chance if you can dedicate everything to the game. Best time to start is in school. When you're 20, it's harder.

How will cybersport evolve?

clawz: It will evolve, everything will grow in the next three years. The only problem is with shooters. I think sport games will evolve first, so that different generations can understand what is going on. 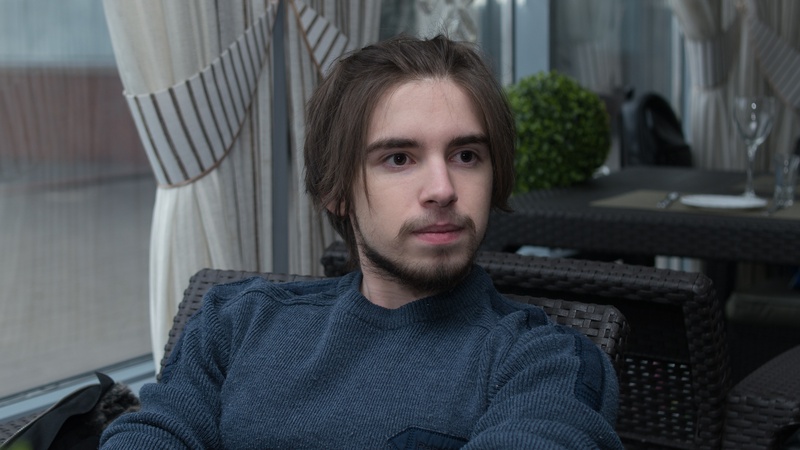 What do you think of Belorussian cybersport?

clawz: We have young talented players. There is a problem with mentality, perhaps. Morale is low at times. Oldschool players can make some noise, but I don't know. It's just that CS players in Belarus are a bit old.

Don't you think that games are a waste of time?

clawz: Time spent with pleasure is not wasted. You need to rest somehow. If you played - you had a rest.

What do you think about the future of Quake?

clawz: Nothing is certain, there is no viewership yet. We must look at this year. The game has to become more interesting. There has to be no moments like when they patch the game and it doesn't work. We will have to see after it's released.

What do you think about doping in cybersport?

clawz: It makes a lot of difference. But there aren't many players like that in Quake.

clawz: Be calm, don't waste any time because it's short. Use self-analysis - think from several sides. Be dedicated, committed, and give it your everything.

April 6, 2018
Source: cybersport.ru
7 Comments
Reply to topic
xero
Damn, clawz got that Kanye swag.
1
feral
Clawz is boss. He is helpful towards the community he came from as well. Also he sometimes shows up in Discord chat for amateur players, which is always exciting for them.
Anonymous (88.66.144.85)
nice interview! seems like a cool guy.
1
cha0z_
Nice read, thanks!
filo
cool guy, nice. more interviews like this please.
1
capodecima
PLayed with him tdm 4v4 couple days ago. He is cool guy. :D
2
Nordom
I like his style. Good interview!
Calendar
Premier Major Minor
OngoingUpcoming
QPL2 Stage 1 - Europe