In cooperation with id Software and Bethesda, ESL is excited to be a part of the resurgence of Quake eSports. As one of the original eSports titles, the newly released Quake Champions will revitalize competition for the classic gothic-style first person shooter with the $1,000,000 Quake World Champions. Duel (1v1) and Sacrifice (4v4) competitions will kick off this June and culminate in a live Finals at QuakeCon from August 24-27, 2017 in Dallas, Texas.

Online qualifiers for the Quake World Championships begin in just a few weeks for competitors worldwide. After battling through qualifiers this June and Regional Finals in August, eight Sacrifice teams and 24 Duel players will travel to the Finals event at QuakeCon 2017. Eight additional Duel players will be selected from the QuakeCon BYOC Qualifier.

Players in Russia and Asia will play in EU qualifiers, players in the Americas and Australia will play in NA qualifiers. Competitors should register by visiting https://play.eslgaming.com/quake/. Complete rules and eligibility requirements can be found online.

The full schedule for the Quake World Championships is as follows: 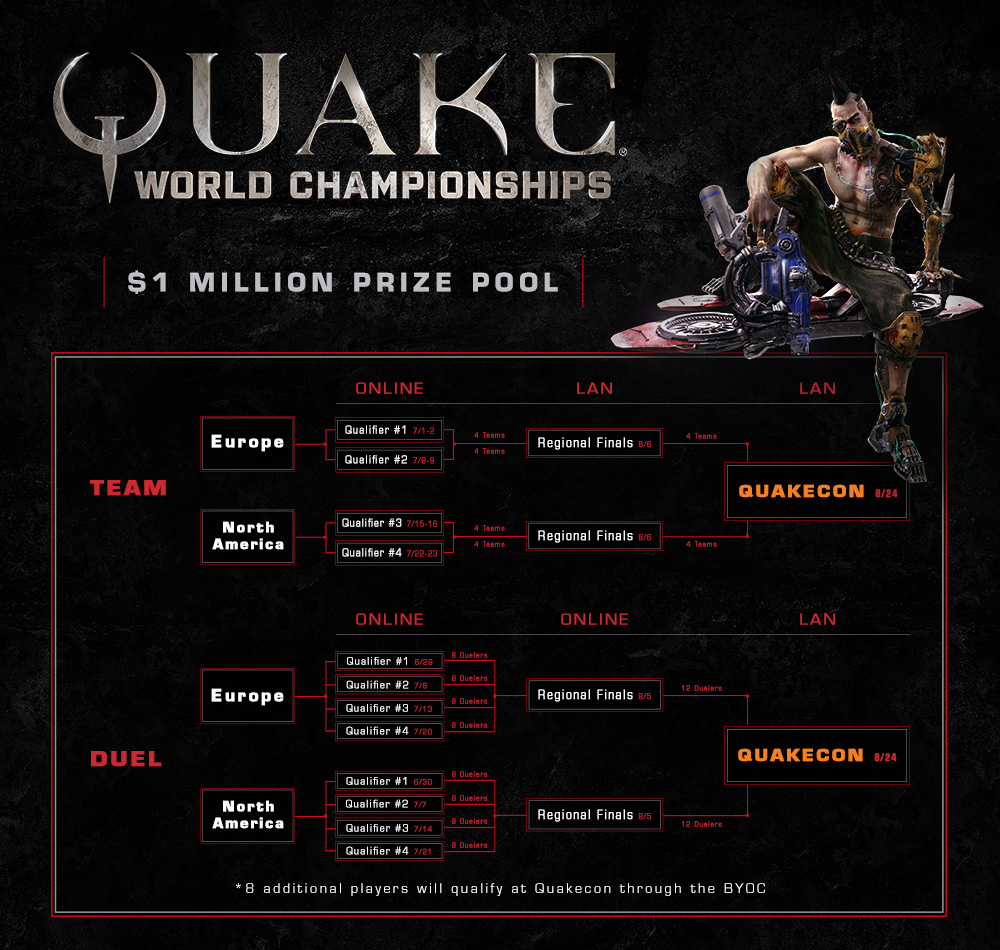 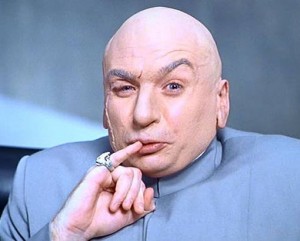 :D
5
cha0z_
Great! :)
SickWizard
So Much Hype!!!!!! Practice Practice Practice :)
asdfasdf
LAN regional finals for sacrifice -__-
not that with my eu ping from sg I'd be able to find a team to compete in qualies in the first place, but still :'(

Oh, qualifiers are even on Thursdays and Fridays gg^^
goulox
Nowadays don't even try to make a good game. Just put enough money on the table and it will be ok even if the game is crap. Big editors' games with big advertising and big prize pools will be played anyway, like lots of quake 'pro' players going to play crappy overwatch. This is ridiculous. Hopefully there are still games who succeed out of nowhere just because they have perfect gameplay like rocket league for example.
Qvist
I have mixed feelings about this. It's great that they are putting a lot of money into a tournament but it feels too early given the current state of the game. It will be interesting to watch for sure. Hopefully it can generate a lot of interest. That kind of prize money should mean we get to see some high level QC :]
Wasteful
I suppose they will get a huge amount of info after that league, after which they will do important changes to game.
Calendar
Premier Major Minor
OngoingUpcomingRecent
QPL3 Regular Season