With PAX East occuring this weekend, the Quake Champions development team will be hosting a discussion panel to discuss the future of the game, to announce upcoming tournaments as well as reveal a new champion. Doors will open at 17:30 UTC to attendants of PAX East at the Boston Convention and Exhibition Center, with the Quake Champions stream going live at 19:00 UTC via the

This thread will be updated with news as it comes in! 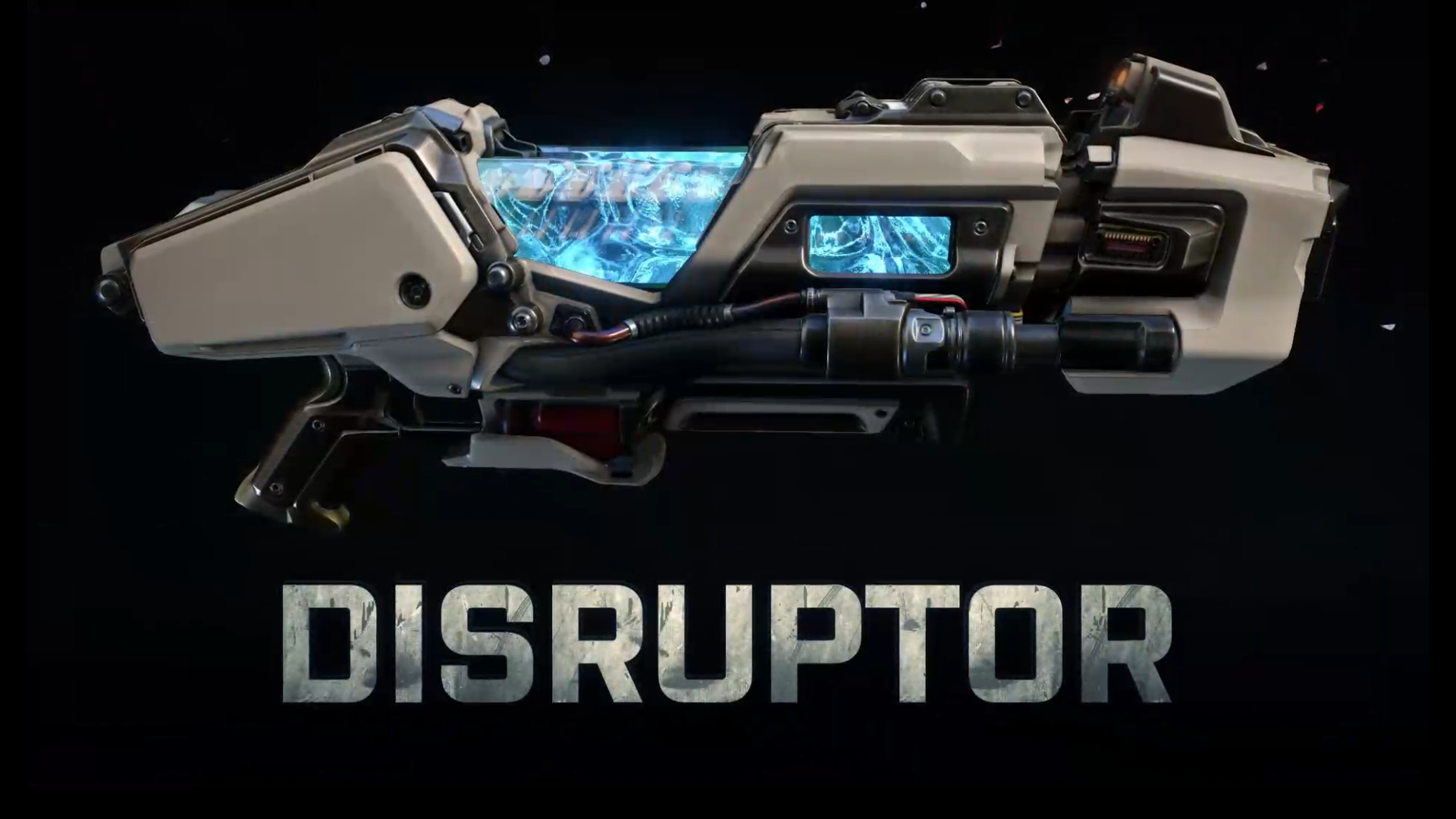 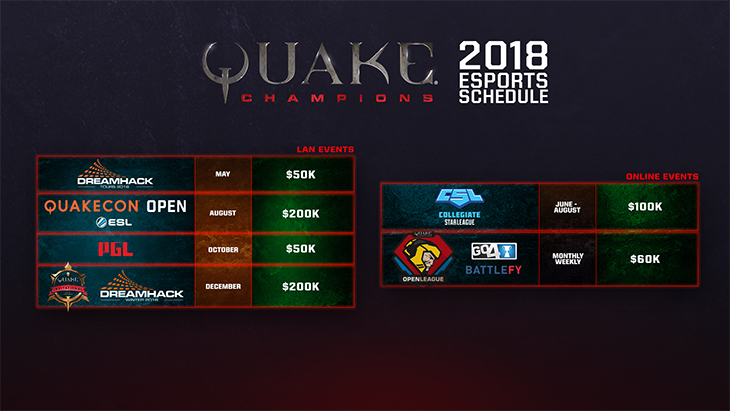 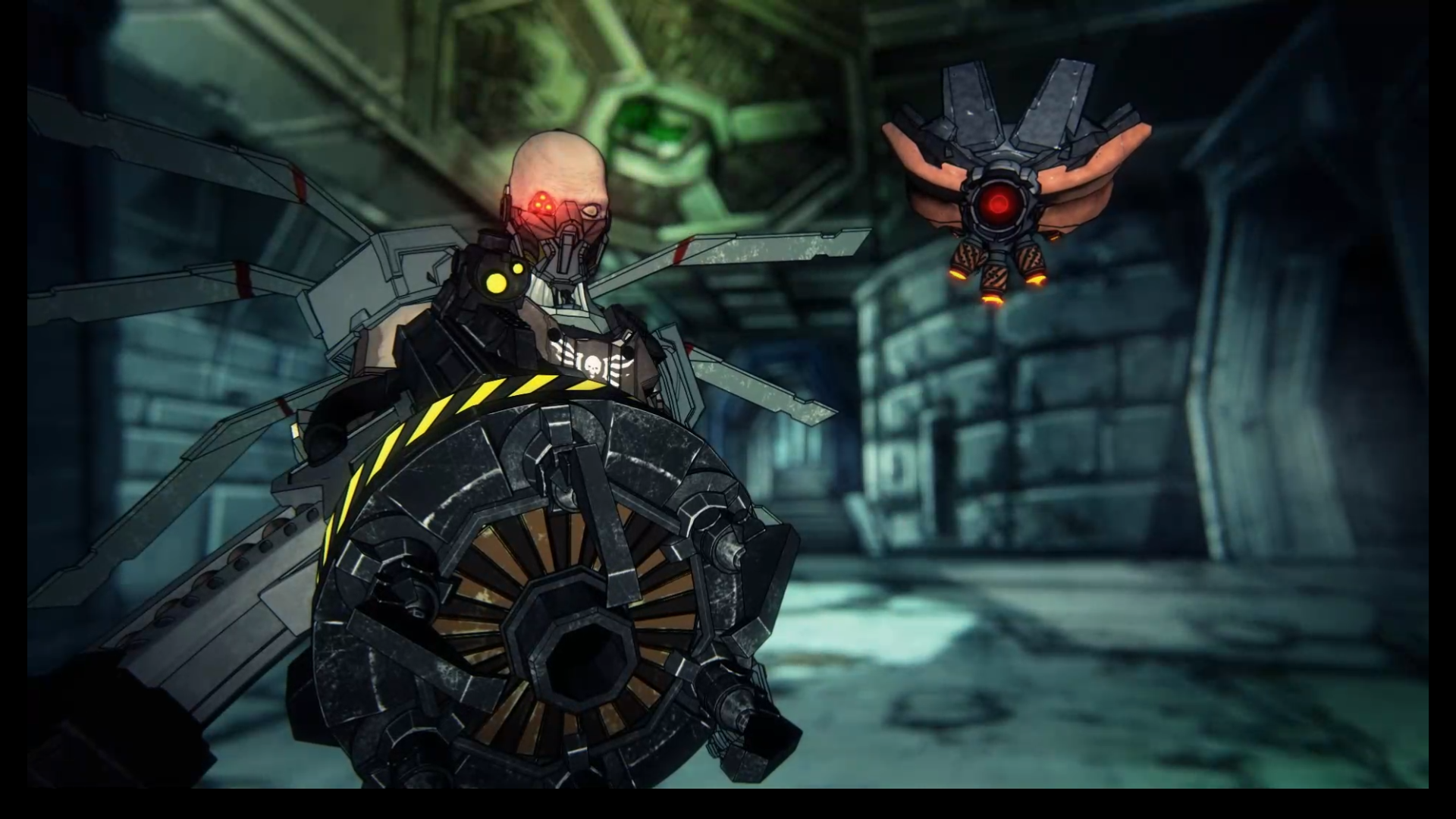 Bethesda
9 Comments
Reply to topic
filo
nice tnx for the info.
2
xou
Cool recap!
2
filo
so the update is gona be 26.4. kewl
LeopolD
Hrmpf, looks like they gave up on Sacrifice, which imo was the mode where the champion aspect of the game made the most sense.
PiiSmith
I am one of the few who actually likes playing Sacrifice. It is more fun than TDM for me.
xero
My issue with Sacrifice that it remains to be very chaotic for two reasons: the champions are not designed with the mode in mind specifically, and the maps are not designed with the mode in mind specifically. This means that all champions can play almost any role and as such there's no "right way(s)" to play it.

They don't need to necessarily use the typical big, slow defender with a large stack and quick, agile attacker with a small stack motif but there needs to be better and more obvious class delineation. The issue here is that it could make some champions obsolete for duel, which seems to the primary competitive mode as far as id software are concerned. These issued are compounded with the devaluation of resources and the amplified strength of weapons.

What could be some possible solutions? Overall, Sacrifice feels like it's missing something. There's just no down/setup time and feels like the last minute of a regular CTF game that's tied i.e. four player rush vs four player defense. There's no concept of a forward positions.
1
PiiSmith
For me the main thing is the objective focus. My main games were and are always objective focused, from Return to Castle Wolfenstein to Overwatch. Any game mode without objectives is not as good for me, as I want some other focus than combat.
So I will miss Sacrifice. I don't want to it to be removed before CTF is added.
xero
Objective focused team modes like payload in W:ET mixed with Quake speed and weapons just don't go that well together. OW style modes like capture point and Quake will just turn into 4V4 rail wars, which is a very dull affair.

Their best bet would've been an attempt to reconquer former Quake territory... like Team Fortress (e.g. QWTF2). Or to double down on what makes Quake good: strong mechanics and simple game play.

Sacrifice is a bad combination of 1 Flag CTF, TDM and Domination. It's arguably the shallowest competitive team mode featured in an official Quake game and definitely the most difficult to follow.
LeopolD
About being hard to follow: Some noons ago makaveli played some Sac on his stream. While in spec he used freecam most of the time (and complained rightly that the freecam atm. is too slow to follow a fast soul carrier) and voila! it was easy to follow. It is, although very dynamic on individual basis, quite static on team/base basis. Most of the time one team defends while the other attacks, most soul steals just get 20 cm before dying. Freecam works very well in that situation and gives a good overview of what is going on. Ofc this goes against the POV tradition of traditional quake watching.
I think it was really just presented badly because of all the spec bugs (can't switch away from dead etc.) combined with the obsession to "show where the action is".
Calendar
Premier Major Minor
OngoingUpcomingRecent
QPL3 Regular Season