As a warlord of the marauding Greiss, he conquered countless worlds, plundering technology to strengthen his armies. But defeat by a reclusive, phase-shifting race led to his exile. Obsessed with vengeance, he discovered the power source, an ancient shrine with a soothing sphere of liquid within. When at last he slaughtered the guardians and entered, the sphere consumed him-and he vanished. He awoke in a bizarre, brutal realm, transformed by arcane energy. Now he seeks a way back, to regain his command and wield his newfound might. 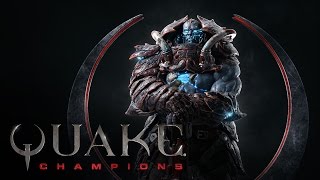 Scalebearer rushes forward, dealing massive damage to any opponents he hits. While ability is active, Scalebearer loses maneuverability, but becomes much more resistant to incoming damage. 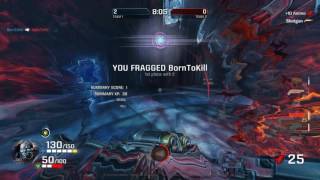 Source: Quake Champions
17 Comments
Reply to topic
noctis
We'll add the official champion trailer once if/when it gets released.
Miles
QUAKELORE
da_coder
Passive ability is "goomba stomp" he deals damage when standing / falling onto another player.
Qvist
Goomba stomp could be a pretty fun ability. A champion without fall damage who deals damage around him when he lands based on fall height or something like that :]
1
rehepapp
270 speed, ugh
lithz-
Is it 400 max speed confirmed? That's far less than even a shit circle jump.
2
vidje
it's confirmed.
noctis
He starts with 150/50 and can stack up to 200/200 (with decay). If he could move like Ranger then everyone would just play him.
lithz-
In vq3 movement, you can hit 570ups with a single circle jump. 400 is INSANELY slow, strafing with him is just going to be pointless cus he's going to go nowhere.
2
noctis
He also has a slower walking speed so he certainly wouldn't get to 570 in a single circle jump. ;)
lithz-
Even with his slower walking speed then he would still be able to hit a 500 cj atleast, if the accel is still the same. 400 is WAY too low and it would be almost pointless even "strafe jumping" at all with him. I don't know what the tank's "max speed" in NTF is on cpma but I'm sure it's higher than 400 and it still feels incredibly slow even with promode movemeent. I just feel it should be bumped up to 500-600 max speed.

Have you tried this character out when you played the game?
filo
you dont have to strafe, if you play CA 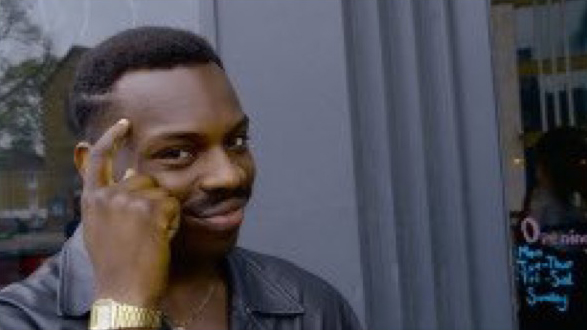 Speeding up with RJs Will still boost you up above 1200 ups surly?
1
lithz-
No certainly not, that's the point. The max speed is 400 even with rocket jumps, right? That's the impression I am getting anyway, you can't call it max speed otherwise.

Also, I have no intention of playing CA if it's available (hopefully not). :)
vidje
no, with rocketjumps (or whatever else will be in the game) you can go past the speed cap.
lithz-
Then as SyncError said, it's definitely a nonsensical graphic. It's not the max speed, it's just the max strafing speed.
1
vidje
well ye, the infographics are quite uninformative unfortunately.
noctis
Updated with the new trailer.
2
Calendar
Premier Major Minor
OngoingUpcomingRecent
QPL3 Regular Season