Two months after posting the job opening for an eSports Coordinator on their hiring page, ZeniMax and id Software seem to have finally found the right man for the job. No other than Quake Legend, John "ZeRo4" Hill.

There hasn't been an official announcement for his hiring, but he was just added to the "ID TEAM" on the official Quake Discord server with sponge announcing:


sponge: also say hi to our new team member up there at the top of the list

After asking him directly for his job title he confirmed that he was hired as an "eSports Manager". 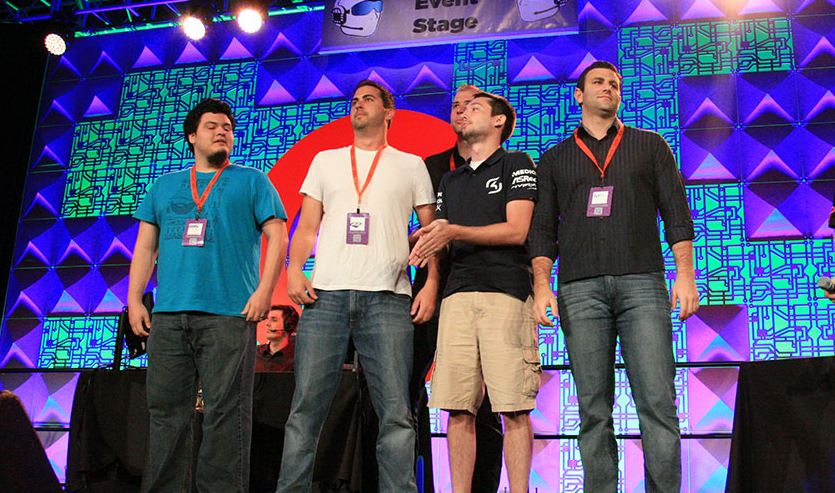 ZeRo4 on the right with his team found-Em! at QuakeCon 2015

Good man for the job and best of luck to him.
2
CMRN
hmm
Anonymous (75.130.158.60)
So excited!!!
mdv
ohhhhhhhhhhh yyyeeeeaaahhh
filo
niiiice! Now lets make some gaming history and lorecraftian events bigger then any silicon tits!!!!! Excuse my enthusiasm.

... at first i read zero4, but in my head was fatality :OO
filo
rapha is like ...ow BOI, i almoast forgot about that cheesburger, that is in my bag for a week.
Anonymous (84.221.135.89)
great move id, keep it up, proud of you
2
da_coder
Papa bless.
ZiggyZaggs
this seems like a really good hire, good things are on the horizon!
danbro
nice!
filo
i know rite!
Calendar
Premier Major Minor
OngoingUpcomingRecent
QPL Stage 2 - Americas