Friday 16th of December will see the first matches of the Overwatch IEM Gyeonggi Invitational.

The prize pool will be a total of 100,000 USD and will be broken down as follows:


Here are the six teams were invited for the competition: Note: The World rankings are home-made and include a fair share of approximations, just like any rankings.

They were seeded into a Single Brackets according to their performances during the Atlantic Showdown and APEX Season 1. 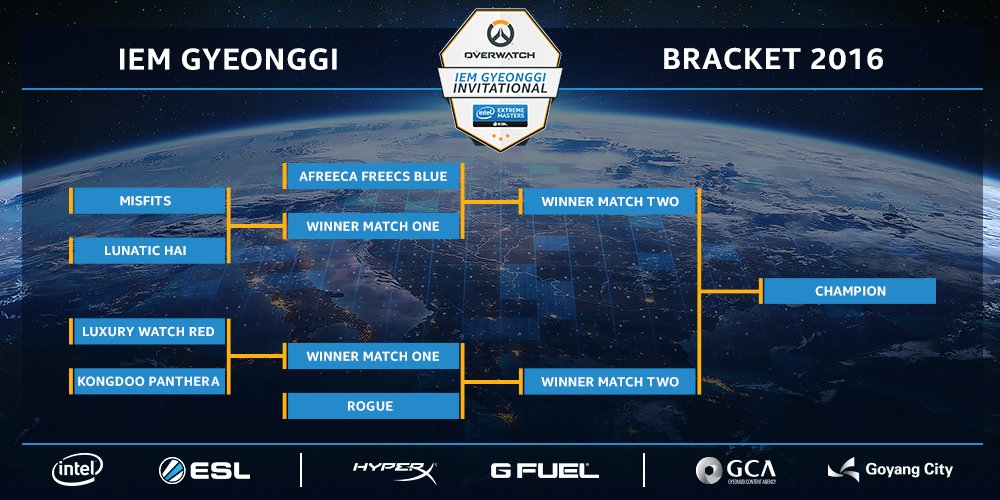 The matches will be played as following:

Of course, the show will be broadcasted on the IEM Live Portal and on ESL Overwatch's Twitch.