After a lengthy hiatus in terms of development CPMA and CNQ3 have both received major updates, which are now live. CPMA (the mod) moves up to version 1.50, and CNQ3 (the engine), moves up to version 1.49. These updates have been made with the goal of improving the experience for both veterans and beginners alike without compromising what the core values of the game. With that said, the expectations for these updates were to: fix existing bugs, improve existing features, and introduce new quality-of-life features.

This update also marks a significant shift in both the staff in the background as myT takes over the lead programmer role from arQon, assisted by Terifire, df providing art, ix on design, and Fjoggs in operations/support. Before we get started, I think it's important to iterate that there are no game play changes.

Even though the team has been thorough in their attempt to identify bugs, we do not expect that this release is bug-free, and as such request players to submit any bugs they encounter via commenting in this thread. Please identify your hardware, and the bug, including how it can be recreated.
To play CPMA you will need the mod files and ideally CNQ3. CNQ3 is a free improved executable (engine) for running Quake III Arena on Windows and Linux. It is the official engine for CPMA. It is not necessary, but highly recommended when available for your platform. 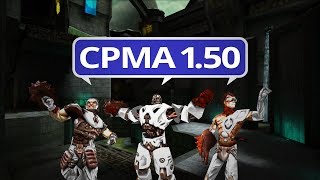 There are a couple of smaller changes which should be noted off the bat as slightly alter some older conventions. These are all fairly innocuous changes in both the engine and the mod but it is important to highlight them as they are potentially impactful shifts. Please note that I have arranged them below for both engine and mod:

Below are some of the bigger additions and updates in the current patch. These updates -- which sadly do not include loot boxes, cosmetics or pay-to-win features, constitute one of the heftier updates in Promode history in terms of features and fixes. These updates will significantly improve the experience of getting into the game and provide a veterans with a slew of quality-of-life improvements. As always, all of these settings can be turned-off if players do not wish to use them.

One on the major issues with playing Quake 3 in 2017 is the constant fiddling with configs, settings and stuff... There isn't something groundbreaking in this update that will change that however there are some common sense updates which have been introduced. This update comes with a sensible default config and a decent HUD which look good and are functional. Players who haven't played in a long time, or ever, can now get into the game quicker than before and only have to worry about the more typical issues such as movement and weapon binds. 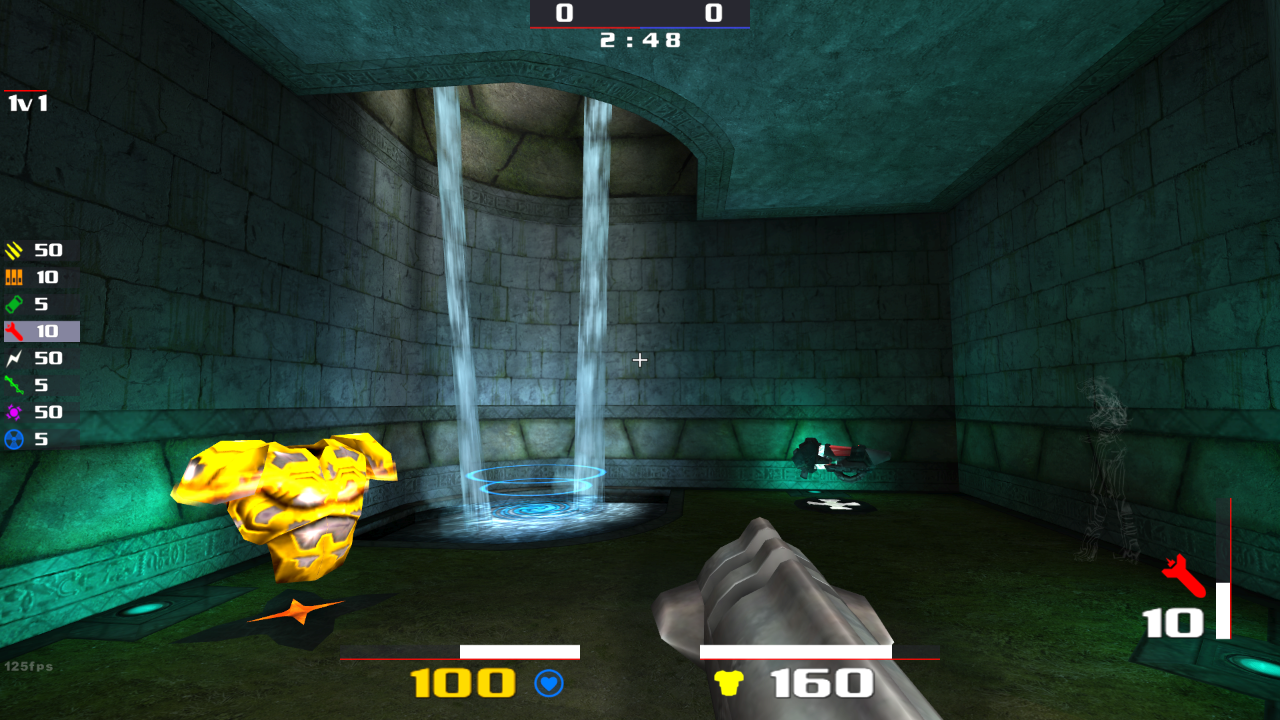 Quake players spend a lot of time in the console and the vanilla Quake 3 console is barren and hostile, not giving players much help. As a result one of the major areas of improvement is an updated console which now comes with will full color customizability, tab completion, variable information text, as well as a new /help <cvar> functionality, and variable help panel. This makes navigating through the various variables a much smoother and simpler experience. 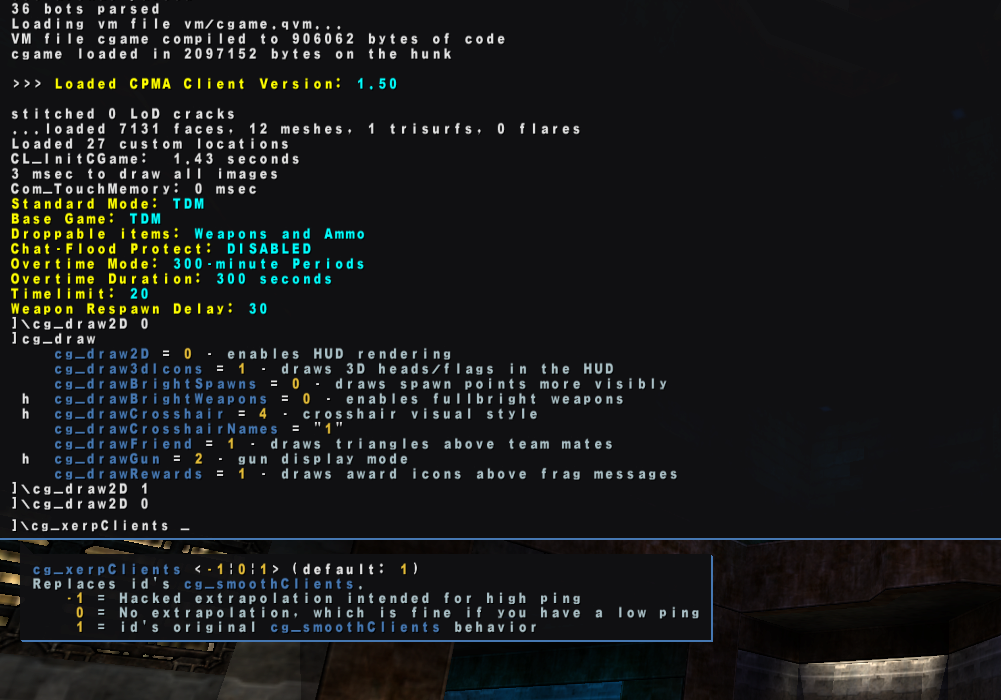 Another issue which continues to be a challenge for Quake 3 (and all Quakes to be honest) is the continued color mess. With the current settings it doesn't matter if you're on the red team or the blue team, the enemy will always appear "green" and friendly units to whatever you've set it to. This can make following games for example difficult as it's not always clear which team you're following. This update will introduce persistent team colors via the cg_forceTeamColors cvar and this will allow players to permanently set the colors of players on the blue team and the red team to whatever they choose. This will provide better consistency in terms of following the game as well as playing for some. We have of course included some sensible defaults but players can play with the settings with the below bitmasks.

In the image below Sarge will appear blue to itself, from Keel's perspective, and from the spectator's perspective.

As a niche community we sometimes have very niche demands. One of those was fullbrights. Fullbrights are in. Fullbright weapons. Fullbright player models. This update now introduces fullbright everything. This should help with visibility for the people who are almost blind.

Speaking of visibility and brightness, this update also includes a neat feature called brightspawns which better highlights the spawn placements of maps, and adds the appropriate team coloring to spawns in team modes with team specific spawns (CTF, NTF).

As mentioned in the introduction, the aim of this update has been to improve the playing experience for veterans and beginners alike. A large portion of this means discovering, reproducing, and finally fixing bugs, or taking existing processes and improving them. Thanks myT, Terifire and the various testers, lots of bugs have been finally removed from the game including the infamous spec bug, global events missing (e.g. flag pick-ups and frag messages being missed) bug, etc... From the length of the change log I think it's clear a lot of small to large sized bugs have squashed and this means a better player experience.

Bug Reports: Please report any bugs you find in CPMA 1.50 in the comments section of this post.

A major part of this CPMA update has also been to update the existing CPMA homepage and accompanying documentation. For a long time, finding solutions to simple problems went wading through various, poorly formatted, and out of date, .txt files. Now, you can head over to www.playmorepromode.com and have immediate access to current documentation for pretty much every variable, sorted in orderly fashion. We have big(ger) things planned for the website set in 2018 but for now this should serve as a good knowledge base.